In 1993 I went on a family holiday to the recently opened Euro Disney in Paris, France. As it was going to be our last family holiday together, my sister and my folks, we decided to do it in style and booked a trip to Euro Disney (now called Disneyland Resort Paris as of 2002) and stay in the Euro Disney Resort and the awesome Hotel Santa Fe which had a theme’s of the American Southwest, Santa Fe, New Mexico, Pueblo.

These photos were taken by my folks on a standard film camera of the time and I thought I’d test out Google’s brand new PhotoScan app to see how it works. Results, well it’s quick and easy to use with your mobile phone – just hold the phone (steady as you can) over the photo and scan the four circles when they come up on the phone screen. Yes it’s not as good as scanning them in properly using a flatbed scanner but it’s a fast way to get some photos up just for web use.

And Euro Disney? what a great place to see in the early 90’s and ride those original rides for the first time!

Don’t forget to scroll down below the photo gallery for a amazing find from Disneyland Paris Treasures of the 1995 Disneyland Paris Hotel Room TV Video which captures the vibe perfectly as to how it was the time we visited! 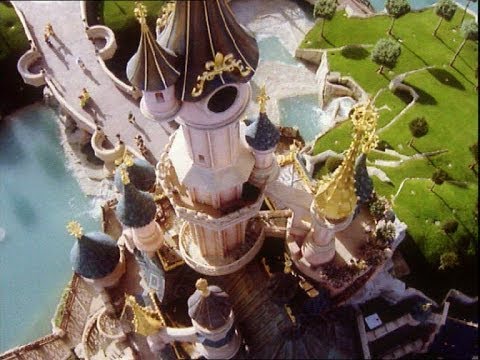 This error message is only visible to WordPress admins

Error: API requests are being delayed for this account. New posts will not be retrieved.

Do NOT follow this link or you will be banned from the site! Scroll Up